A track record that speaks for itself. Post-Grant Proceedings

Ahead of the curve.

With extensive experience with highly specialized proceedings, we consistently deliver for our clients. We know why cases are won and lost before the PTAB, and have won numerous cases for petitioners and patent owners by “making new law.” Routinely winning high-stakes matters against top-tier firms, we have an unparalleled track record of success.

Rich Giunta, Post-Grant Proceedings Co-chair, named a Leading Lawyer for post-grant proceedings/patent prosecution – one of just 12 attorneys ranked in the US

Rich Giunta, Post-Grant Proceedings Co-chair, recognized as the 2021 PTAB Practitioner of the Year

All Claims Survived in Matters Resolved by PTAB

Why our clients “would not hesitate” to hire us again.

Wolf Greenfield leverages their technical expertise, patent litigation insight and longstanding practice in front of the USPTO to provide a strong Post-Grant Proceedings Practice. While their high success rate is notable on its own, their understanding of how to utilize the practice as part of a larger litigation strategy separates them from others.

The Wolf Greenfield team has always been exceptional in all that they have done for our company. All members of the team have responded to our questions quickly yet with careful thought given to all answers.

Strong value for the expenses. Wolf Greenfield has delivered great results for us and I feel very confident in the quality of the work the team performs for us.

Persuaded the Patent Trial and Appeal Board (PTAB) to deny five out of five petitions to institute IPRs filed by Lenovo on five different patents related to computer interface technology being asserted by our client LiTL. Some of the decisions turned on claim construction issues, while others turned on the petitioner’s failures to map the claims to the prior art. (Institution denied: IPR2021-00681, IPR2021-00786, IPR2021-00800, IPR2021-00821, IPR2021-00822).

Persuaded the PTAB to deny two Inter Partes Review petitions at the institution stage on patents related to methods of treating facial wrinkles using animal-protein-free botulinum toxin compositions.  We convinced the Board that the petitioner failed to properly demonstrate that the prior art reference relied upon satisfied a particular provision of the challenged claims. (IPR2021-01203, IPR2021-01204).

Saved two critical patents directed to certain highly purified chemical compositions for our client WisTa, even though the European counterparts were successfully challenged by the same party. (Confirmation of all claims: IPR2018-00182 and IPR2018-00323).

Persuaded PTAB to deny institution on two unrelated patents being asserted in litigation by our client Solarflare related to sophisticated networking technology. Denials of institution on both petitions gutted the defendants’ stay strategy, and the litigation settled within weeks on terms favorable to SolarFlare. (IPR2016-01832, IPR2016-01908).

Successfully defended all claims of patent on medical record technology challenged by a competitor, with the result upheld on appeal to the Federal Circuit. (Confirmation of all claims: IPR2018-01355).

Successfully defended patent on groundbreaking fibrosis treatment by convincing the PTAB to deny institution of PGR filed by competitor because the petitioner failed to meet the threshold showing that any claim is likely unpatentable based on lack of written description, non-enablement or obviousness. (Institution denied: PGR2019-00053).

Won confirmation of all claims in a patent owned by our client Saint-Gobain—marking a rare instance of a patent surviving an America Invents Act review entirely unscathed. We convinced the PTAB to reverse its initial view that the claims were likely invalid by showing that Saint-Gobain’s significant commercial success was tied to the patented invention. This was the first time the PTAB found claims patentable in an IPR based on secondary or objective factors. (Confirmation of all claims: IPR2014-00309).

Convinced the PTAB not to institute an IPR on behalf of our longtime client BTG International Inc., the manufacturer of CroFab® rattlesnake antivenom, preserving BTG’s right under a settlement agreement regarding an ITC litigation to prevent a competitor antivenom product from infringing its patent. (Institution denied: IPR2014-01269).

Convinced the PTAB not to institute four IPRs on four separate patents on behalf of our client Cold Spring Harbor Laboratory. The outcome preserved CSHL’s robust and widely licensed shRNA patent portfolio, which has generated more than $1 million in licensing revenue for the client. (Institution denied: IPR2016-00014, IPR2016-00015, IPR2016-00016, IPR2016-00017).

Filed a petition for IPR challenging a competitor's patent asserted against our client Formlabs, a 3D printing technology developer and manufacturer, and successfully proved all challenged claims were unpatentable. (IPR2017-01258).

Filed three petitions for IPRs against a patent asserted by a non-practicing entity against 29 large technology companies. The petition exposed a fatal defect in patent’s priority claim and led to dismissal of all lawsuits and disclaimer of the patent. (IPR2017-00208, IPR2017-00209, IPR2017-00212).

Persuaded the PTAB to grant a motion for sanctions and subsequently a motion for attorneys’ fees filed by our client RPX Corporation, a leading provider of patent risk solutions, in three IPRs. The PTAB held that sanctions, rarely granted, were appropriate in this case since the patent owner violated a protective order in its handling of RPX’s confidential information. (Three petitions instituted on all grounds: IPR2015-01750, IPR2015-01751, IPR2015-01752).

Filed a petition on behalf of RPX Corporation that led the patent owner to disclaim its patent before the PTAB could institute a trial. An exceedingly small number of patent owners disclaim their patents before institution, making this a rare occurrence and complete victory for our client. (All patent claims cancelled: IPR2015-00736).

Led multi-firm effort to overcome rejections in reexamination of a medical device patent owned by C. R. Bard, Inc. on which there was an outstanding judgment in excess of $1 billion. Developed strategy that resulted in immediate withdrawal of the rejections and secured the judgment.

Filed ex parte reexamination successfully invalidating all challenged claims of patent asserted by Cypress Lake Software on mobile GUI technology, with the rejection then being affirmed by the PTAB on appeal.

Won final cancellation of all original claims and rejection of all added claims, ending the patent portion of a dispute between our client and a vendor. Related Litigation: Ascion LLC v. Ruoey Lung Enterprise Corp.

Won the longest-running patent interference in USPTO history, prevailing in three Board of Patent Appeals and Interferences decisions and two Federal Circuit appeals. The resulting patent issued in 2002 and has been litigated with success.

Successfully defended nine Precision BioSciences patents relating to CAR-T cell cancer immunotherapy in interferences by Cellectis.
Regents of the University of California v. University of Iowa Research Foundation. Won a dismissal that not only preserved our client’s valuable patent rights, but also significantly expanded the existing law and provided additional protection to all patent holders by restricting the ability of patent applicants to provoke an interference against an issued patent.

Represented the prevailing inventor in two related patent interferences. In the first, we prevailed in the preliminary motions period, and the other side appealed and then abandoned the appeal. In the second, the other side conceded and requested that judgment be entered in our favor.

Invalidated Adimab's patent and removed an anticipatory reference as prior art by proving 11 months of diligence for Dyax. Resulted in Dyax obtaining a patent originally granted to a top competitor. Such successful long diligence showings are very rare.

Developed a strategy that caused the patentee to concede the interference, resulting in a former collaborator’s patent being cancelled and allowing our client to obtain a patent on that subject matter.

Prevailed on behalf of the Massachusetts Institute of Technology on §112 grounds, as Sapolsky’s claims were not supported because they were broader in scope than the method disclosed in the specification.
News Litigation Electrical & Computer Technologies

For the sixth consecutive year, Patexia’s IPR Intelligence Report has named Wolf Greenfield among the best performing and most active law firms for inter partes review (IPR) before the Patent Trial an... 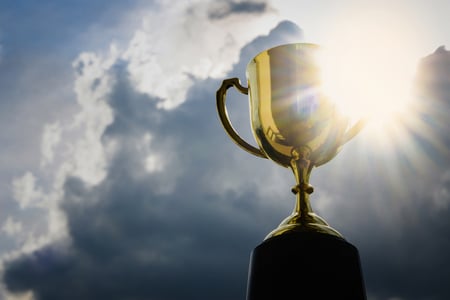 Elisabeth Hunt, Co-chair of Wolf Greenfield’s Post-Grant Proceedings Practice, has been named to Managing IP’s Rising Stars in IP list as a Nationwide IP Rising Star. According to Managing IP, this pu...

Wolf Greenfield was ranked among the top 10 law firms in the category of “Patents: prosecution (including reexamination and post-grant proceedings)” in The Legal 500 United States. The firm was recogn...